Biodiversity is vital to life on Earth, yet scientists say we’re currently entering our sixth mass extinction. The most endangered marine animals are just some of the many species that are facing extinction today, in large part due to human action.

At the rate we’re going, scientists estimate that around 41% of amphibian species and 26% of mammals will be wiped out entirely. Such dramatic biodiversity loss will be felt widely by humans in as little as a few generations, especially if we lose crucial members of our natural ecosystems like the pollinators and the sharks.

Our ecosystem is made up of animals and plants that rely on one another to create the complex web of life that our Earth’s future relies upon. Until recently, humankind largely viewed the ocean as an infinite source of resources, but we’re now aware that is far from true.

Why are Animals Endangered and Threatened?

Vulnerable to overexploitation, our ocean’s species are being wiped out largely because of human action. The unnatural disappearance of these animals damages and alters the function of our ecosystem, and it’s essential to our future that we act now.

How are humans responsible for endangered animals?

Although humans have done considerable damage and will be facing the repercussions for generations to come, we can still change! Find out more about some of the most endangered marine animals below, and how you can get involved with conservation efforts to save them.

Found in the Gulf of California, the Vaquita is considered the world’s most rare marine mammal- and it’s on the brink of extinction. This small porpoise was discovered only recently in 1958, and not even a century later we could possibly lose them forever.

Vaquitas are often caught and drowned in nets used by illegal fishing operations in protected areas within Mexico’s Gulf of California. They also face threats like pollutants from toxins and waste, and gillnet fishing operations.

Known for the distinctive large dark rings around their eyes, they also have dark patches on the lips that forms a line from the mouth to the pectoral fins. These majestic animals are most often found close to shore in the Gulf’s shallow waters, but elusive by nature they’re known to quickly leave if boats approach. 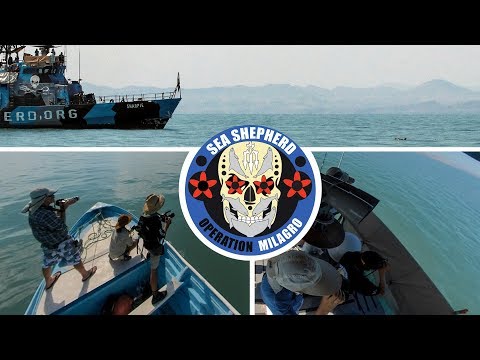 Take Action: Visit the Sea Shepherd’s campaign in defense of the highly endangered Vaquita porpoise, and support their mission to save our seas.

Hawksbill turtles are found in the tropical waters of the Atlantic, Pacific and Indian Oceans, but are now listed as critically endangered- unfortunately due to human interference.

These turtles tend to avoid deep water, much preferring the coastlines, which puts them at risk and has led to millions of them being hunted for their shells.

One of the smaller sea turtle species, hawksbill turtles grow up to about 45 inches in shell length and about 150-pounds in weight. Their tapered heads end in a sharp point, resembling a bird’s beak, which is why they got their name!

Whale sharks are the largest shark in our oceans, and these gentle giants can be found throughout the tropical waters of the world. They’re protected in many countries, but because they’re targeted by commercial fisheries they’ve unfortunately made it on the list of endangered marine animals.

Feeding on plankton, these docile sharks travel large distances to find enough food to sustain their huge size. Although the maximum size of these majestic beings is unknown, they’re documented as large as 20 meters.

Although the worldwide population of these elusive giants is unknown, the reductions of sightings has placed them in a vulnerable situation as one of the many species potentially facing extinction.

Take Action: Visit Conservation International to learn more about whale sharks, and how you can help protect these gentle giants.

The humphead wrasse is an enormous fish, growing over 6 feet long, that live in the coral reef ecosystems. Because their spawning location is predictable, overfishing this species has become a significant problem placing them on the endangered species list.

These fish captured for live reef fish trade, often through legal and destructive fishing methods. This has become such a problem in Southeast Asia that it’s threatening the region’s food security as well as its reef because of these reckless fishing practices.

Humphead Wrasse are fascinating and unforgettable animals, with a prominent bulge on their foreheads and big fish lips. They roam through the reefs during the day in search of hard shelled prey like mollusks, starfish and crustaceans acting as one of the many essential players in the reef’s ecosystem.

Take Action: Visit the Center of Biological Diversity to learn more about the Humphead Wrasse and other endangered marine animals.

It’s estimated that as few as 25,000 individual mature bluefin tuna remain in the wild today. Why are they in trouble? The greatest enemy of tuna is overfishing- both overfishing of this species, and overfishing of their prey and food source.

Bluefin tuna are the largest of the tunas and can live up to 40 years. They migrate throughout our oceans and are made for speed! Growing over 3 meters long, these top predators can weigh up to a whopping 1,000 pounds.

Threatening the species, sushi has driven a high demand for this fish, which has placed them on the list of critically endangered animals. As they get scarcer in our seas, there are real concerns for the future of the bluefin tuna.

Note: In the U.S. you may find bluefin labeled as ‘o-toro’.

Take Action: Visit Greenpeace to learn more about bluefin tuna, and how you can make sustainable choices.

Like all whales, Sei Whales suffer at the hands of commercial hunting and whaling. They’re also often struck by ships and entangled in fishing gear, which has left only a fraction today of a once healthy population.

These whales reach speeds of up to 34.5 miles per hour making it the fastest whale in the water! They prefer subtropical waters and can be found throughout our oceans and seas, except those in tropical and polar regions.

Sei Whales are protected under the Marine Mammal Protection Act of 1972 and the Endangered Species Act of 1973. However, the population has greatly decreased because of commercial whaling and fishing during the 19th and 20th centuries. 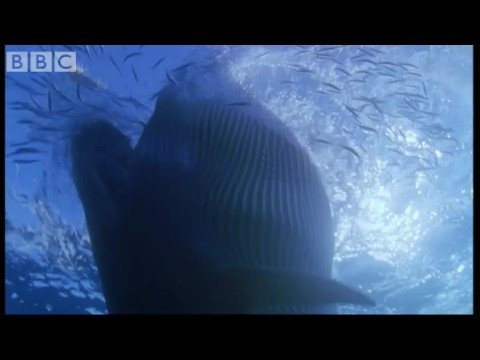 Take Action: Visit the World Wildlife Fund to learn more about the Sei Whale and other endangered marine animals.

The green turtle is a large sea turtle that inhabits tropical and subtropical coastal waters around the world. They’re often seen clambering onto land to sunbathe, and normally found off the shores of Europe and North America.

The largest threats to green turtles, placing them on the endangered species list, are the overharvesting of their eggs, hunting of adults for food and leather, being caught in fishing gear, and loss of nesting beach sites because of human development.

Adults weigh up to 420 pounds, and the green turtle can reach upwards of 4 feet in length. Typically staying near the coastlines, these turtles live in bays and protected shores especially where there’s seagrass beds. They nest every couple of years, 3 to 5 times per season and lay an average of 115 eggs in each nest- yet they’re still found on the endangered list. But we can help.

Major Threats: Commercial harvest for eggs and food, use for leather, incidental catch in commercial fishing

Take Action: Get involved with the Sea Turtle Conservancy and turn your personal conviction about protecting sea turtles into direct action.

Blue whales are the largest animals ever known to have lived on Earth. At up to 100 feet long and upwards of 200 tons, they’re tongues can weigh as much as an elephant- and their hearts as much as an automobile! These giant, majestic animals live on a diet composed almost exclusively of krill (tiny shrimplike animals).

The blue whale was driven to the brink of extinction by commercial whaling in the early 1900’s. The species has since been protected by the Endangered Species Conservation Act, the International Convention for the Regulation of Whaling and more. It’s also listed as depleted under the Marine Mammal Protection Act.

Blue whales are among Earth’s longest-lived animals, and using proven methods scientists have found the oldest whale yet to be 110 years old. Their average lifespan is typically around 80 to 90 years old, when they aren’t threatened by human action. 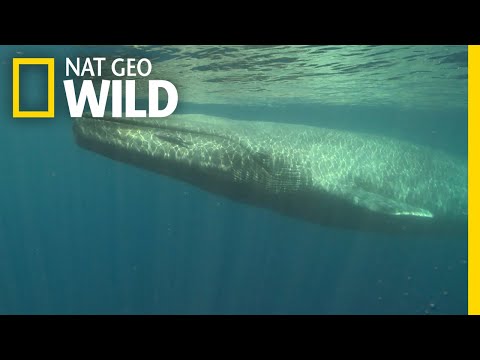 Take Action: Visit the World Wide Fund for Nature to learn more about blue whales and support their efforts to help conserve the species.

Known for the distinct ridge along their back behind the dorsal fin, the fin whale has appropriately gotten the nickname ‘razorback’. They’re the second largest living mammal, just behind the blue whale, and the species has been severely impacted by commercial whaling in the past couple of centuries.

In addition to whaling, many factors threaten the fin whale like entanglement in fishing gear, noise pollution that interferes with their ability to communicate, ship collisions, offshore oil development and more.

Take Action: Visit Oceana to learn more about the fin whale and how you can get involved in their protection.

It’s estimated that only about 15,000 Hector’s Dolphins still remain in the wild today, currently living in 3 separate populations in the coastal waters of New Zealand. Once a hardy population of around 29,000, this species numbers have dwindled since the 1970’s.

The rarest and smallest dolphin species in the world, this species of dolphin is well known for its distinctive round fins. The even rarer subspecies of the Hector’s Dolphin, the Maui Dolphin, is even more threatened with a population of less than 80 individuals.

The only penguin species found north of the equator and in the Galapagos, the Galapagos Penguin is one of the smallest species of penguins in the world. Nesting entirely in the tropics, these penguins live in caves and crevices in the coastal lava of the ecosystem.

As with all penguin species, these animals are extremely agile under water and make great hunters of fish. They mate for life and penguin’s breeding success rate is very closely linked to environmental conditions- making climate change a major threat to their future.

The current population of Galapagos penguins is about 2,000 birds, which face natural threats like predators, and unnatural threats like being caught as bycatch in fishing nets, climate change affecting reproductive rates, and marine plastic pollution.

Our ecosystem is made up of animals and plants that rely on one another, creating a complex web of life our Earth’s future relies upon. It’s time to take action to protect our future. It’s time to save our oceans, our animals, our plants, and our planet.

From responsible ocean use tips to ways kids can help endangered animals, and more, we’ve got you covered for eco-friendly ocean tips. We’d also love to hear from you! What conservation topics would you like to read about next? Let us know in the comments below.

12 Easy Ways to Protect the Beach

What Makes a Sunscreen Reef Safe?

SeasidePlanet.com is a participant in the Amazon Services LLC Associates Program, an affiliate advertising program designed to provide a means for sites to earn advertising fees by advertising and linking to Amazon.com. As an Amazon Associate we earn from qualifying purchases. Amazon and the Amazon logo are trademarks of Amazon.com, Inc or its affiliates.
We use cookies to give you the best experience on our website. We'll assume you're ok with this, but you can always opt-out if you wish.AcceptPrivacy Policy