Beach volleyball is an incredibly fun sport and a great way to spend some time on your upcoming beach vacation. Unfortunately, if you haven’t ever played this game before, then you’re likely to feel a little shy about jumping into a game. I find that understanding how to play beach volleyball will give you the confidence that you need to partner up with a great player when on your next vacation.

Quick Navigation
Brush up on the Rules
Know How to Serve
Keep Attacking the Ball
Work with Your Partner
Don’t Let the Ball Down
Get up to the Net
How to Play Beach Volleyball: F​inal Thoughts

Brush up on the Rules

Before trying to join a game of beach volleyball, you must make sure that you fully understand the rules and are prepared to play. There are a few basic rules to the game that will make it easier to jump in on a rally.

The ball can’t hit the sand on your side of the net. This is the first thing to remember when playing beach volleyball, as you will want to do almost anything to prevent the ball from making contact with the ground.

Additionally, remember that you can’t hit the ball more than once before passing it over the net or to your partner. Hitting the ball two times in a row is illegal when playing beach volleyball. 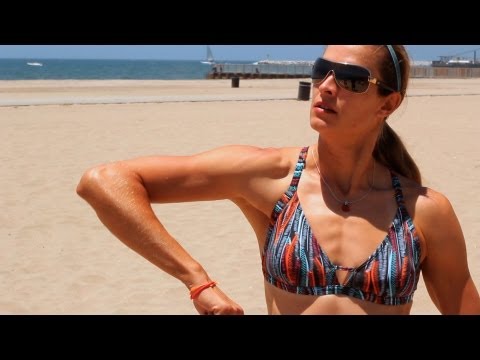 Know How to Serve

Serving is how you get the ball into play for a game of beach volleyball. While there are a few different techniques that players can use to start the game, there are a few things to take into consideration when it’s your time to serve.

The first thing to remember is that the ball has to go over the net and must land on the court. If the ball hits the net and bounces back or flies wild over or next to the court, then the serve is not good and you will lose the rally.

You must also make sure that you hit the ball hard enough to try to prevent the opponents from being able to return it. Great beach volleyball players won’t be afraid to come right up to the net to try to block the serve, which is a skill that you must learn as well, if you want to be a powerful player. This was a difficult skill for me to learn to do right (and ​within the rules), but greatly improved my beach volleyball skills! 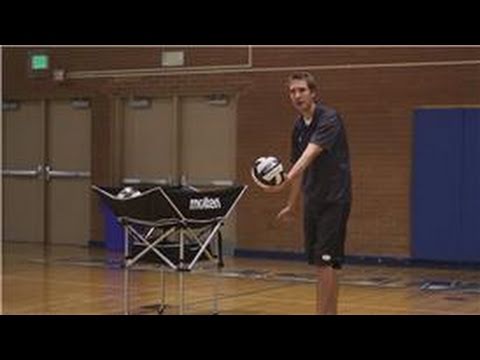 Attacking the ball is a great way to keep your opponents on their feet and give you the advantage during a game. I find that many beach volleyball beginners don’t feel confident to hit the ball with their full force, but this power can be the deciding factor in a game.

Spiking the ball, which is a way to hit it over the net at a downward angle with a lot of speed, is a great way to keep opponents guessing and make it more difficult for them to return the ball with a lot of power. This hit takes practice, but can be the deciding factor in a game, which is why I recommend you practice it.

Another way to attack the ball is rolling. Even though this hit looks softer than spiking, since the ball rolls in an arching motion, it can be difficult to return. Understanding how to control your power and really attack the ball can give you and your partner a clear advantage during a match.

Work with Your Partner

One of the best indicators of how a beach volleyball team will perform when playing together is how well they communicate with each other. When players don’t communicate, then they won’t be able to decide their game plan for the rally.

Players who work together to pass the ball back and forth will have a much better chance not only of controlling the ball, but beating their opponents. This can be overwhelming for players who don’t know anyone on the court.

However, with clear communication and a willingness to do your best, you can easily be welcomed into most beach volleyball games, even if you’re not the strongest player. 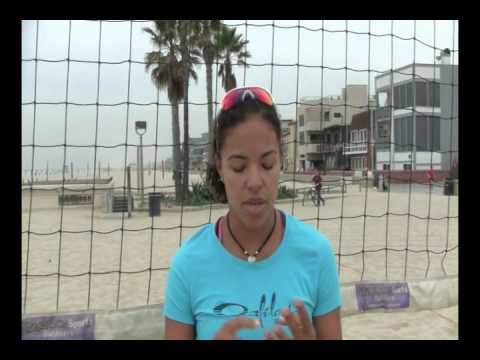 Don’t Let the Ball Down

Once the ball touches the ground in beach volleyball, then the rally is over and the other team will have earned a point. You must do everything that you can to keep the ball up and off of the ground, however, there are rules to follow when doing so.

Each team is only allowed to hit the ball three times before they pass it back over the net. If players make more than three contacts with the ball, then the rally will end. For this reason, communication between teammates is key.

Understanding how to set the ball so that your teammate can easily spike it over the net and when to hit a long hit just to return the ball is important. These are all skills that you will most likely pick up when playing beach volleyball.

Get up to the Net

When just getting started playing beach volleyball, many players will shy away from being close to the net because they are afraid of the ball. This results in a lot of lost opportunities to power through a shot and take an opponent off guard.

While you can’t spend the entire game standing up at the net, this is a great way to put the pressure on your opponents. It will make them struggle to hit the ball over to your side of the net without you being prepared and in position to easily return it. 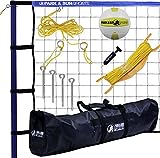 The rules to beach volleyball are simple, as you can see, even though I know that playing can be daunting. Understanding them and feeling confident in yourself will help you get out on the sand court on your next vacation. This is a fun pastime when on the beach, it will help you stay active, and it can help you meet new friends, which is why I love it!

The Essential Guide to Dog Beach Etiquette and Safety

7 Tips for the Best Beach Vacations with Toddlers